Unit 106 at The Cortland Condominium is situated 1 story above grade and features an ideal layout with a large living room and separate dining area. High ceilings, two curio cabinets and curved arches are a nod to the building's 1930s construction. The kitchen has been updated with wood cabinets and granite counters and features a brand new white subway tile backsplash and stainless steel dishwasher. The refrigerator, microwave and range are all stainless as well. The large bedroom has two closets and easy access to a large walk-in hall closet. The bathroom has original well maintained subway tile with a new pedestal sink and light fixture. Engineered wood can be found throughout the unit. The Cortland Condo features lush landscaping with common seating areas, a clean and bright laundry room, bike storage, low monthly fees and additional storage for rent. All of this with great neighbors and a pet friendly environment! Step outside the building and you will find easy access to several Rock Creek Park trail heads, a brand new library, easy metro access, car and bike shares and the National Zoo. Daily life is a breeze with Target, Streets Market, Yes! Organic and dozens of restaurants, fitness and entertainment options available in Cleveland Park and Woodley Park. Open House Saturday, 10/5, from 1-3pm. 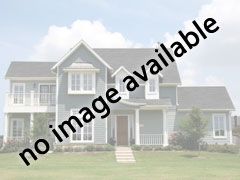 Woodley Park is in the Northwest quadrant and is bordered by the National Zoo, Rock Creek Park, Calvert Street and Cleveland Avenue.

Real Estate mogul, Harry Wardman brought Woodley Park to life in the early 20th century. He developed the majority of the popular row houses in the neighborhood, and is also responsible for the Marriot Wardman Park Hotel, which he built in 1918.

One of the most famous estates in the neighborhood is “Woodley,” which was built by Philip Barton Key (Francis Scott Key’s uncle) in 1801. Today, it is the home of the Maret School.

The Woodley Park neighborhood is home to the National Zoo, which is free to everyone, and is known for bringing in plenty of tourists in the warmer months.